The fishing - A river, a tributary, and carriers 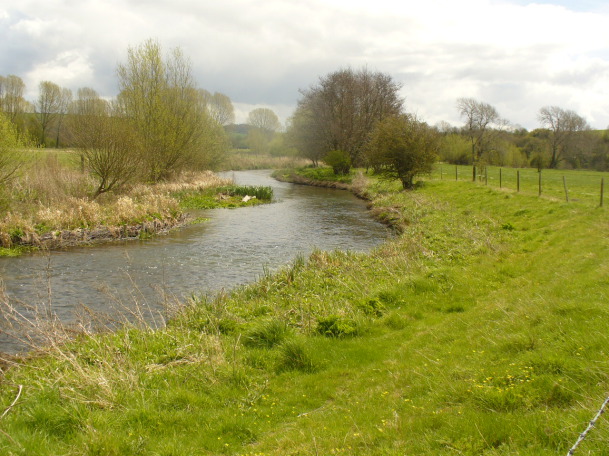 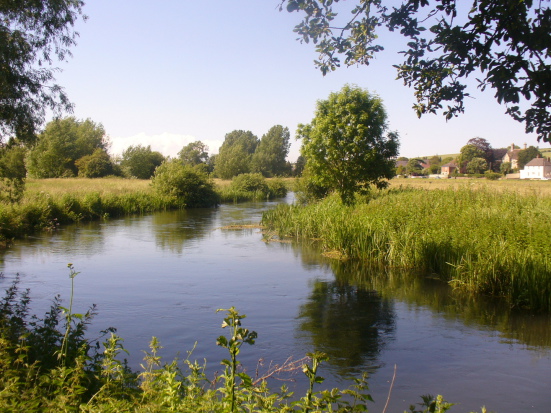 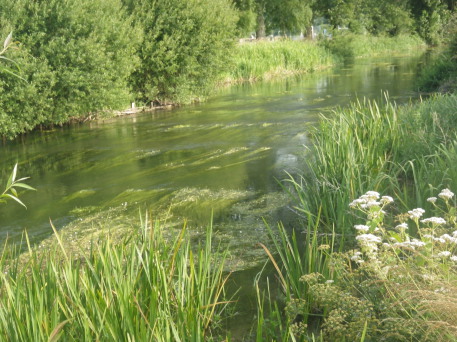 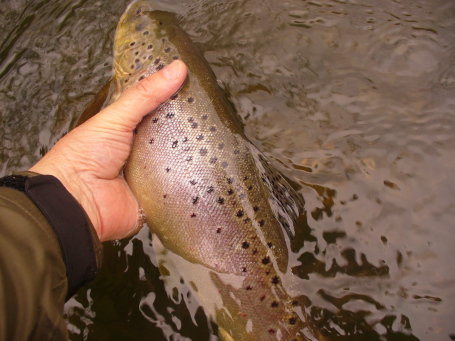 The Wylye is a very picturesque river flowing through chalk and over green sand.  It originates in the ‘Deverills’ near Maiden Bradley, passing close to Warminster,  then through the pastures of the valley bottom, in places, along its banks are mature broadleaf trees and coppiced willows, past small farms, through private estates and large country houses, under medieval stone arched bridges, it continues winding its way through the parishes of Norton Bavant, Sutton Veny, Wylye – (the village that gives the river it’s name), Bapton, Great Wishford before arriving at the first large town of Wilton, passing through the private grounds of Wilton House, home of the Earl of Pembroke, close to where it meets its confluence with the River Nadder, which then joins the Avon in Salisbury.

The Wilton Fly Fishing Club holds just over seven miles of the Wylye.  All of it is high quality chalk stream fly fishing for wild brown trout and grayling.  In addition to the main river, and it's 'carriers',  The river valleys are accessed mostly through private gateways and paths, thus offering peace and tranquillity for the Members to fish in an idyllic setting bringing the fisherman into close contact with a wide range of wild life.

Membership of the Club has always been restricted to a maximum of forty five.  Members can fish for trout on as many days as they wish during the season which runs from April 1st to October 15th.  In addition to this, they are able to extend their fly fishing from October, until March 14th of the following year, for grayling or pike.  This means that it is possible to enjoy fishing for all but two weeks of the year.

Fishing upstream with dry fly, emerger or nymph is the mandatory method, thus respecting the sporting traditions of chalk stream fly fishing.  After the trout season closes, and until the end of the coarse fishing season, other methods can be used.

All Members wade wearing chest waders.  The wading, is not challenging or dangerous as there are hardly any deep areas, but the fishing does require some degree of stealth and casting skill as our fishery is for wild brown trout and grayling, - IF it were stocked trout from a hatchery, then it would be quite different.    It is this factor of ‘real fishing’ that so many Members find so stimulating and enjoyable, as opposed to standing in plain sight and just casting to any number of stocked fish that would eagerly take almost any fly that may be presented to them.

Most members catch a few good trout on each visit, but also take as much pleasure in catching the superb grayling that the invertebrates in this river seems to support so well.  Specimen fish such as the ones on this website do necessitate a higher skill set, but careful and astute observations, as well as timing of the day and the weather means that they are not beyond the skills of any Member, which is borne out by our catch analysis each season.

Wild trout are very selective in their feeding and so when making a  fly selection, Members may have to try a number of patterns in order to find the best one.  Mayflies may continue to work after June and into July, particularly in the early evenings, but during the main part of the day, small olives, black midges, emergers, sedge patterns of different sizes, and of course nymphs, PTN’s, GRHE’s and weighted or bead headed nymphs are often essential to get them down in the flow of the current and water column to where fish may be lying.  The fly box of most members will show patterns tied on sizes 16, 18, and in some cases even smaller. Barbless hooks are compulsory.

It takes a number of years for fish to reach a ‘pleasing’ size, so the Club has always urged it’s Members to practice, sensitive and careful handling, as well as  ‘catch and release’.  For the past twenty years this has been a consistent 98 to 100%.   We recognise that this custom might not be for everyone, but virtually all the Club’s members want to see fish quickly returned and to swim away back into the ranunculus weed beds.

This is fly fishing for the purist, for the connoisseur, for the fishermen  who has a wider appreciation of what it really is that makes for the most satisfying, stimulating and memorable fishing.

If you're a wild brown trout fisherman, interested in fishing the Wylye, and would like to know more about becoming a Member, please contact us using this  contact form and someone will be in touch with you within 24 hours.