CONSERVATION AND STEWARDSHIP OF THE RIVER 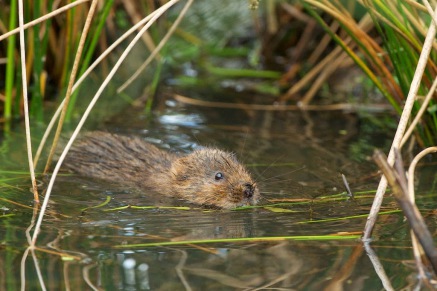 The Chalk streams of Wiltshire Dorset and Hampshire are as unique and as quintessential a part of the English landscape as are The Cotswolds or the Lake District.  They are a unique eco system that has been identified by the WWF as needing protection, special care and management.  They only feature, primarily, in the South of England and in some parts of Northern France.

The founding Members of The Wilton Club recognised this fragility a hundred years earlier than the WWF and because of that, have always been a proactive and pioneering Club, and often a defender against the numerous environmental developments and threats that have come along through the years.

The status of the Wylye forms part of the Hampshire Avon Special Area of Conservation, (SAC’s) in addition to SSSI (Sites of Special Scientific Interest) status.  The Club has a very long history of sensitive and active stewardship of the river and its banks in order to promote and conserve both good fishing and wildlife habitat. This cannot be overstated.

To this end, The Wilton Club have welcomed and collaborate fully with every recognised authority and conservation body, as well as all our neighbours whose land or interests and activities impact in any way on the health of the river.

As River Keepers, the Club once had three consecutive generations of the Canning family from 1890 onwards.  Norman Smith worked for the Club for thirty seven years, before Adrian Simmons, our last River Keeper, for seventeen years,, before retiring at the end of the 2017 season.   They were all vigilant and committed guardians, not just of the river, but to all the wider components and considerations that are necessary to maintain a stable and quality trout friendly environment.  Our River Keeper, Mr David Griffiths, comes with almost thirty years in river management, until 2018 on the River Ure in North Yorkshire.

The Wilton Clubs Keepers have always been full-time, living less than a minutes walk of the river bank.  The Keeper is responsible for all day to day river maintenance matters.  In addition, to the River Keeper, the Club has a River Manager, Mr Bob Male, who has a Biological scientific background.  Bob has a much wider ecological remit and has a more detailed involvement with any decisions upon the river and those that may involve the wider Avon catchment.

Through the year, the Club have just a few Working Parties which, Members take part in if they choose to.

The Wilton Club's involvement with the River Fly Partnership goes back to its inception.  To continue this, once a month, a small friendly volunteer group meet and spend a couple of hours chatting fly fishing matters while they bend over the river water sample trays analysing and counting the invertebrates which becomes part of the wider data for scientific analysis.  compile the data for scientific analysis.  Members frequently comment on how taking part just a couple of times benefits their fishing days through being better able to identify river invertebrates at at various stages of their lifecycle, thus aiding their decision making when choosing which fly from their box might be the best to fish with.

In the past twenty years, the club has undertaken a number of discreet habitat enhancement projects which have been successful in securing partnership funding from the Environment Agency, Natural England and the EU.

The Wilton Club have also received several Conservation Awards from the Wild Trout Trust and other organisations.  An active participant in the Wiltshire Fishery Association, it was also Members of the Wilton Club who played a key role in the formation of the Wessex Chalk Streams and Rivers Trust, which we continue to support. 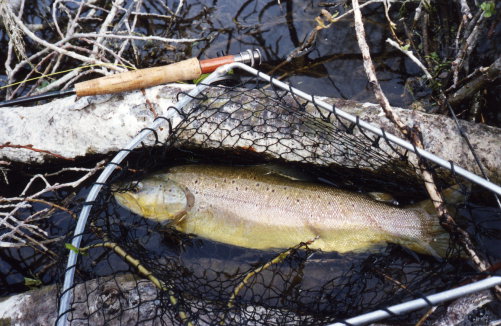 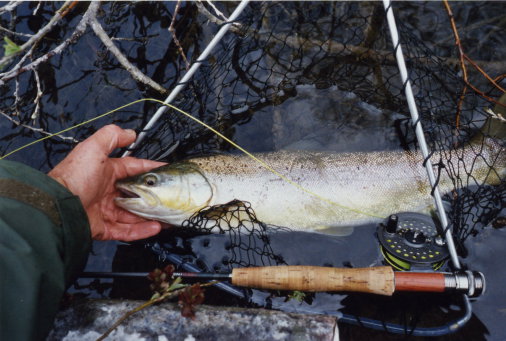 If you're a wild brown trout fisherman, interested in fishing the Wylye, and would like to know more about becoming a Member, please contact us using this  contact form and someone will be in touch with you within 24 hours.